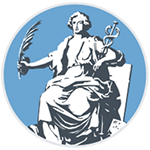 From Enlightenment to Patriotism

«[…] to stimulate the young people to have a zeal for their ancestral glory, seeing, that
of the sciences, those which enlighten Europe today,
the first seeds and elements were born in their own country […]»

A. Korais, Foreword to the translation of C. Beccaria’s treatise
On crimes and punishments, 1802

Around the mid 18th century, the conviction that the spread of education into the wide popular masses is an essential prerequisite for the awakening of the Race, in combination with the prevalence of the liberal values of the European Enlightenment, led the production of books into real explosion, aiming at the «metakenosis/ dissemination» (the Greek term belongs to Korais) of the innovative ideas. The same objective is also served by the foundation of schools, the network of which becomes denser, as we approach the beginning of the 19th century.

Decisive for moving in this direction is the contribution of the Church, conveyor of the Greek education and language in the course of the Turkish rule and cohesive web of the Greek-Orthodox flock.

The Greek Enlighteners, clergy and people, visualize the creation of an independent Greek state, founded on political freedoms. At the same time, they shape the historical identity of the Greeks on the basis of their connection with the ancient Greek past, legal heirs of which they considered themselves to be. The Enlightenment gradually evolves into settled patriotism.