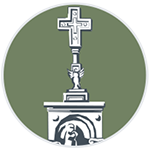 The eruption of the Revolution

«As a rain fell on us the desire for our freedom»

Theodoros Kolokotronis, Speech to the Gymnasium pupils
at Pnyx, 8 October 1838

The revolutionary signal was given by Alexandros Ypsilantis on 24 February 1821 from the Danubian Principalities: Fight for faith and country!

It was preceded on 26-30 January 1821 by the secret meeting of Vostitsa (Aigio), in the presence of important prelates and notables of the wider region, members of the Society of Friends. In March 1821, the Peloponnese is in revolutionary turmoil. The siege of the fort of Patras marks the first Greek-Ottoman confrontation, in which the leading figure was Paleon Patron Germanos. In May 1821, a pan-Peloponnesian assembly was held in the Kaltetzes Monastery in Mantineia, presided over by the head of the Messinian Senate Petros Mavromichalis.

Gradually, the wave of the Revolution grows gigantic outside the Peloponnese, too, the local clergy blesses the arms and the Struggle begins.

In retaliation for the uprising of the Christian flock, the Turks hang Patriarch Gregory V on 10 April 1821, Easter Sunday. His dead body is desecrated and thrown into the sea.

However, the victorious for the Greeks confrontations on land and at sea succeed one another. The revolutionary fervour is now general and irrepressible.