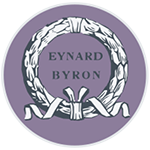 «We are all Greeks»

The Greek Revolution was a historical event with European and international resonance, as it mobilized many of its foreign supporters, in the big countries with classical cultural tradition (France, Great Britain, Germany, Italy), but also in the European area generally (the Netherlands, Switzerland, Denmark, German-speaking areas).

The zeal of Philhellenism spread from the Iberian Peninsula to Russia, but also beyond the Atlantic, especially in the eastern United States of America. It reached its peak in 1826, after the heroic Exodus of Missolonghi, and exerted pressure as to the decisively significant intervention of the foreign powers in 1827, in the naval battle of Navarino, which laid the foundations for the independence of the Greeks.

The philhellenic movement, either as an active contribution of the Philhellenes to the armed struggle, or in its artistic version, as reflected in fine arts, literature, theatre, music and visual arts, provides tangible evidence on the solidarity of people, partakers of the value of humanism.

«Shall then our century continue to watch like a spectator
hordes of savages massacring a civilization that regrows
on the memorial of a people who gifted civilization to humankind?»

Chateaubriand, The memorandum of Greece, 1825

With the outbreak of the Greek Revolution, the Philhellenes get active, as much on the level of rhetoric and art in the international scene of the West, as also in practice and actively in the battlefields of Greece.

In the large cities of Europe and America, multi-member philhellenic committees are set up, which promote the liberation of Greece. Fundraisers are held for the fighting Greeks, while part of the money is used for the liberation of the enslaved by the Ottomans women and children, as it occurred after the fall of Missolonghi. Political pamphlets are published, which call the Christian nations in alliance against the heathen dynast, and pressure is exerted, through the philhellenic public opinion, on the governments of the big states, to take side in favour of the Greek cause.

Many, anonymous and eponymous, Philhellenes rush to Greece, to take part in military operations, as simple soldiers or as leading figures, and quite a few are wounded or even die a heroic death. Some of them record the developments as eye witnesses and publish them in newspapers and books, which, in turn, rekindle the philhellenic zeal in the international public.

In art, the dramatic events and heroic protagonists of the Greek Struggle inspire authors, music composers and visual artists. Poems and novels are published, in praise of the Greeks, while music scores, operas and theatrical works, arouse the Muses-loving public. Original paintings, works of first rate artists, and engravings that feature in all kinds of printed material, make known to the European public scenes of the romantic Greek war, while the figures of the Greek heroes become famous.

«Get up, take arms, take revenge, proud Greeks»
Greek Ode, in the programme of the opera
of G.A. Rossini The siege of Corinth, 1826

The philhellenic art was not limited only to the principal visual arts, (architecture, sculpture, painting), but spread equally –and even more– into the applied and decorative arts.

The art of engraving, with its multiple uses –in separate imprints or as illustration in printed works and objects– publicized scenes and figures of the Greek Revolution.

The philhellenic themes, unchanged or altered, were reproduced on objects utilitarian, but also of aesthetic value. Table clocks, plates and vases of various types, statuettes and small-scale sculptures for multiple uses, items of beautification and apparel, swamp the philhellenic homes with figures of the romantic revolutionaries of Greece. Many of these artistic objects are displayed for sale in art exhibitions and auctions «for the benefit of the Greeks», namely in order to collect money for the Greek Revolution, rendering thus the philhellenic art a well-intended engaged art.

Through this dissemination of philhellenic iconography across the visual culture of the West, the Greek Revolution became a fashion trend in daily life and aesthetics, a trend that, as a matter of fact, continued also after the liberation of Greece, until at least the mid 19th century.

«Remember those who gave their blood, invincible, with Leonidas»

During the revolutionary decade of 1820, the archaeolatry (love for antiquity) of the early Philhellenism is transformed gradually into hellenolatry (love for Hellenism). The foreigners view the modern Greeks (Hellenes) as direct descendants of the ancient, heirs of Classical antiquity and its beautiful monuments.

For this reason, in the heroic struggle of ’21, even in its military defeats, they recognize Thermopylae and highest moral victory: for instance, Markos Botsaris, who died after an uneven battle against the more numerous enemies in 1823 at Kefalovryso of Karpenissi, is paralleled to Leonidas, and Th. Kolokotronis is compared to the archetypical hero, while the Exodus of Missolonghi shows the tortured city as new Thermopylae.

The figure of the Spartan king, the battle of Thermopylae and other themes of the Median wars, such as Marathon, become common rhetoric topics (topoi) and popular motifs of the philhellenic iconography, recognizing the Greek fighters as worthy continuation of their ancestors.

Lord Byron (George Gordon Byron, 6th baron Byron, 1788-1824), British poet and politician, developed into a fervent Philhellene and emblematic figure of 1821. He had visited Greece already in the pre-evolution period (1809) and had drawn inspiration from the land, the history but also its people for important works, such as the Curse of Minerva (which he composed in Athens in 1810) and the Pilgrimage of Childe Harold’s Pilgrimage (1812), that «made him famous overnight».

His work Giaour (1813), a romantic story set in an orientalising scenery, will become a symbol of the Struggle of the Christian Greeks against the Muslim Ottomans and will inspire dozens of visual recreations of it.

Byron, accepting a proposition of a Greek delegation for active support, came in 1823 to Greece, settled in Missolonghi, a city that was identified with him, and created a private armed corps of Souliots. At the same time, he promoted the Greek cause, through the network of his acquaintances and aided economically the Struggle. On 19 April 1824, at the age of just 37, he died and the whole of Missolonghi grieved for his death.

The dynamic personality and stormy life of Byron, incarnation of the romantic man, rendered the hero-symbol internationally recognizable. His figure served as personification of the Greek Revolution, was praised and depicted in dozens of written and visual artworks.