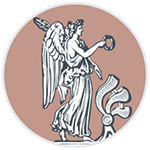 A farewell to arms - The celebration of the Regeneration

The justification of the Greek Revolution, with the birth of the neo-Hellenic state – even confined in terms of territory and population – rendered the year 1821 the founding event of modern Hellenism. Especially in the first decades of the liberation, the revolutionary period of 1821-28 is praised and acquires its proper significance.

Poems that had been written in the course of the Struggle, such as those of the antiquarian and philhellene king of Bavaria Ludwig I, are published and responded to.

In 1838, by a royal decree of Otto, the 25th March is established as official anniversary of the Greek Revolution. There follow new praises of the Struggle as a whole and especially of the 25th March 1821, as a day of double celebration, national and religious, which symbolizes the Annunciation of Greece and the National Regeneration.

Today, two centuries later, we behold with gratitude, respect and a sense of responsibility the asset of Liberty, offspring and conquest of the Revolution of 1821.