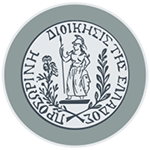 The formation of the state

The liberating struggle of Greece did not unfold only in the field of military operations. At the same time, there was taking place the big battle for state organization and establishment of central administration structures, which would coordinate better both the war front and the crucial sectors of public life, such as administration, economy and education.

For the administrative organization of the Struggle local organizations were initially formed, which succeeded the institution of communities, the basic organizational structure in the time of the Turkish rule, and then peripheral organizations, which had the control of the provinces. At the end of the first year of the Revolution, the First National Assembly convened at Epidaurus (December 1821-January 1822), in which the administration system was defined, called Provisional Administration of Greece. There was adopted the principle of separation of powers, each corresponding to a body, the Legislative, the Executive and the Judicial. The legislative function was assigned to the two first ones, in such a way that their authority was «balanced out» by the right of veto: thus, the decisions of the Legislative were put in place after they were ratified by the Executive, while the bills of the latter were enacted after their being voted by the Legislative. Furthermore, the Legislative, an elected body of nation representatives, among other things, approved the budget and controlled the general review, but also ratified the decisions about conducting war, pacification or conclusion of treaties. The Executive, consisting of five members, appointed the Chief Secretary of State, who had the responsibility of external affairs, and the remaining seven ministers. Also, the Body had the right to make loan agreements with public assets as collateral or to sell out part of them with the consent of the Legislative. Finally, the independent Judicial was responsible for the organization of the system of the Courts of Justice.

Through the National Assemblies and their constitutional texts, the foundations were laid for the creation of a modern civil state, of western type.

The organization of the military forces of the Greeks was not an easy task, since the predominant military tactics of the revolted was that of guerrilla war (klephtopolemos), namely sudden attacks, usually following an ambush, by small groups of local character.

It was Dimitrios Ypsilantis who made one of the first attempts at forming a regular corps, in July 1821, which took part in several clashes, it was however dissolved after its crush in the battle of Peta (4 July 1822).  It was reinstated by the French colonel Fabvier in 1825 and participated in a series of operations, producing though poor results.

In general, in the pre-Kapodistrian period the regular troops do not seem to be able to prosper, due to the economic difficulties and the opposite interests of notables and chieftains, who viewed the westernizing military formations as foreign in relation to the mentality of armatolism. After the arrival of the Governor, the Bavarian colonel Karl von Heideck was appointed commander, who in the space of one year created a fight worthy corps, consisting of regiments of Infantry, Artillery, Cavalry and Combat Engineers.

With regard to the naval forces, already since the pre-evolution period the Greeks had remarkable merchant shipping as well as military experience by serving in missionary, but also in pirate ships. After the treaty of Kuchuk-Kainarji (1774), on the islands had emerged a dynamic social class of ship owners and captains, as a result the contribution to the Struggle of all the occupied by the Turks islands, and especially of the three more powerful ones –Hydra, Spetses and Psara– proved to be decisive.

The eruption of the Revolution inevitably disturbed the up to then economic activities of the local populations, creating at the same time new needs, such as finding economic resources for the maintenance of the troops and provision of military equipment. A frequent phenomenon were local fundraisers, selling out the golden and silver vessels of monasteries and churches, as well as taxation of the agricultural production, while spoliations were also not absent. An important source of drawing financial support, were also the generous donations of Greeks and Philhellenes, such as Eynard and Lord Byron, who contributed from their own personal fortunes to the Struggle, as well as the philhellenic fundraisers in various European cities, but in America, too.

The crucial issue of funding led to the search of capitals from aboard, which in the end was fruitful as it secured two loans on the part of England (1824-1825), with burdensome conditions and as collateral the public estates and revenue. Despite the ephemeral hopes these loans raised, their management was the source of new problems for the fighting Greeks.

In the Kapodistrian period, the adopted by the Governor fiscal policy tried to cover the state expenses, without though bringing the desirable effects.

Education was a constitutional requirement on which the effort of the Greeks for national, political and social regeneration was built. The Greek Enlighteners stress continuously its contribution to the moral teaching of citizens and to the consolidation of the values befitting a free and with just laws polity, while in the local and national constitutional texts of the Struggle reference is made to the obligation of every «enlightened Administration» to provide education for free.

In that direction, local schools are founded, often with donations of wealthy Greeks; calls are made to the young people to hurry up «to get taught for free»; advertisements are published for finding teachers of the monitorial methodology, whose payment quite often is secured by resources of monasteries; scholarships are offered by philhellenic organizations for young Greeks to study in the big European centres.

The Church, depositary of faith, language and tradition throughout the Turkish rule and the Revolution, stands as a main pillar of education, since, from the anonymous clergymen to the teachers of the Race, its representatives labour toward the spiritual reinstatement of the Greeks.